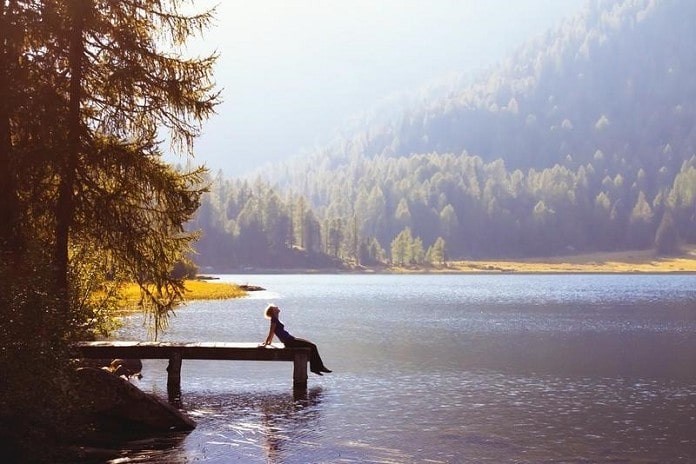 Yoga is a body and mind practice with many years of rich experience. It is both physical and spiritual, and it’s one of the best ways to overcome stress or improve overall health.

Many studies show that yoga offers a variety of health benefits. As doing yoga can be very beneficial to our life, more and more people are considering taking a yoga class.

Doing yoga might seem boring and difficult, but you’ll be able to grow a better individual if you do yoga on a regular basis. Below we have compiled some yoga inspiration quotes for you. Let’s dive right in!

1.  “The very heart of yoga practice is ‘abyhasa’ – steady effort in the direction you want to go.” —Sally Kempton

2. “Yoga is the cessation of the movements of the mind. Then there is abiding in the Seer’s own form.”— Patañjali

3. “Yoga is a light, which once lit will never dim. The better your practice, the brighter your flame.” — B.K.S. Iyengar

4. “Yoga does not always cure stress. It neutralizes it through increasing awareness and by changing self-perception.” — Debasish Mridha

6. “The meaning of our self is not to be found in its separateness from God and others, but in the ceaseless realization of yoga of union.” — Rabindranath Tagore

7. “Yoga is the unifying art of transforming dharma into action, be it through inspired thought, properly nurturing our children, a painting, a kindness or an act of peace that forever moves humanity forward.” — Micheline Berry

9. “Yoga is not about self improvement, it’s about self acceptance.” — Gurmukh Kaur Khalsa

10. “I learned early on that most yoga poses are about showing off. You find something amazing you can do, and suddenly, Shazam —you’re a guru, ready for your groupies.” — Edward Vilga

12. “The nature of yoga is to shine the light of awareness into the darkest corners of the body.” — Jason Crandell

13. “Yoga teaches us that we can have whatever we may want in life if we are willing to provide it for others first.” — Sharon Gannon

14. “Yoga is the space where flower blossoms.” — Amit Ray

16. “Yoga reveals to you the beauty of mindfulness and takes you into the essence of an endless present moment.” — Debasish Mridha

17. “Yoga is not a work-out, it is a work-in. And this is the point of spiritual practice; to make us teachable; to open up our hearts and focus our awareness so that we can know what we already know and be who we already are.” — Rolf Gates

18. “All kidding aside, if everyone did yoga, we would have world peace.” — Rory Freedman

19. “Yoga is the process of eliminating pain – pain from the body, mind and the society.” — Amit Ray

20. “Yoga allows you to find an inner peace that is not ruffled and riled by the endless stresses and struggles of life.” — B.K.S Iyengar

21. “In our uniquely human capacity of connect movement with breath and spiritual meaning, yoga is born.” — Gurmukh Kaur Khalsa

22. Yoga has become important in the lives of many contemporary Westerners, sometimes as a way of improving health and fitness of the body, but also as a means of personal and spiritual development.” — Tara Fraser

23. “For those wounded by civilization, yoga is the most healing salve.” — T. Guillemets

24. “Yoga is the study of balance, and balance is the aim of all living creatures: it is our home.” — Rolf Gates

26. “I think it’s interesting that the opposite of being active in yoga is not being passive. It’s being receptive.” — Cyndi Lee

27. “Yoga has sly, clever ways of short circuiting the mental patterns that cause anxiety.” — Baxter Bell

28. “The practice of Yoga brings us face to face with the extraordinary complexity of our own being.” — Sri Aurobindo

30. “Yoga is not just repetition of few postures – it is more about the exploration and discovery of the subtle energies of life.” — Amit Ray

31. “You may not be able to control the whole world, but you may learn to control your inner world through yoga.” — Debasish Mridha

33. “Yoga begins with listening. When we listen, we are giving space to what is.” — Richard Freeman

34. “Yoga makes you harmonious with nature and teaches you to be joyfully curious about your inner world.” — Debasish Mridha

35. “Yoga is the journey of the self, through the self, to the self.” — The Bhagavad Gita

36. “Yoga is a method to come to a nondreaming mind. Yoga is the science to be in the here and now.” — Osho

37. “If we practice yoga long enough, the practice changes to suit our needs. It’s important to acknowledge that the practice isn’t meant to be one practice for everybody.” — Tiffany Cruikshank

38. “Yoga is the union of that which has become separated in the play of the universe with its own true self, origin and universality.” — Sri Aurobindo

39. “Anyone who practices can obtain success in yoga but not one who is lazy. Constant practice alone is the secret of success.” — Hatha Yoga Pradipika

40. “When you listen to yourself, everything comes naturally. It comes from inside, like a kind of will to do something. Try to be sensitive. That is yoga.” — Petri Räisänen

41. “Yoga doesn’t care about what you have been; yoga cares about the person you are becoming.” — Aadil Palkhivala

42. “Yoga does not transform the way we see things, it transforms the person who sees.” — B.K.S. Iyengar

43. “Yoga means connection – connection with the cosmos that transcends the limited self.” — Amit Ray

44. “Hatha yoga is spirituality of the body; it is the most perfect union of corporeal and incorporeal.” — Terri Guillemets

45. “Calming the mind is yoga. Not just standing on the head.” — Swami Satchidananda

46. “The yoga pose you avoid the most you need the most.” — Anonymous

47. “Yoga is the practice of quieting the mind.” — Patanjali

48. “That’s exactly how it is in yoga. The places where you have the most resistance are actually the places that are going to be the areas of the greatest liberation.” — Rodney Yee

49. “Yoga is essentially a practice for your soul, working through the medium of your body.” — Tara Fraser

50. “Yoga is the perfect opportunity to be curious about who you are.” — Jason Crandell

55. ”Yoga begins with listening. When we listen, we are giving space to what is.” — Richard Freeman

57. ”Yoga begins right where I am – not where I was yesterday or where I long to be.” — Linda Sparrowe

58. “Yoga is the fountain of youth. You’re only as young as your spine is flexible. — Bob Harper

59. ”To perform every action artfully is yoga.” — Swami Kripalu

60. “Balancing in yoga and life is a reflection of our inner state.” — Shiva Rea

61. ”The ultimate goal of yoga is to always observe things accurately, and therefore never act in a way that will make us regret our actions later.”— T.K.V. Desikachar

62. “Yoga is invigoration in relaxation. Freedom in routine. Confidence through self-control. Energy within and energy without. — Ymber Delecto

63. ”Yoga is the stilling of the changing states of the mind.”— Patanjali

65. “Yoga. Because punching people is frowned upon.” — Anonymous

66. ”Yoga teaches you how to listen to your body.” — Mariel Hemingway

67. “Yoga is a dance between control and surrender — between pushing and letting go — and when to push and to let go becomes part of the creative process, part of the open-ended exploration of your well-being.” — Joel Krame

70. “Yoga is not just doing some exercise, it is much more. It is to expand your awareness, sharpen your intellect and enhance your intuitive ability.” — Sri Sri Ravi Shankar

71. “Yoga is not about tightening your ass. It’s about getting your head out of it.” — Eric Paskel

74. “Here and now is where yoga begins” — The Yoga Sutras

75. “In karma yoga no effort is ever lost, and there is no harm. Even a little practice of this discipline protects one from great fear of birth and death.” — Bhagavad Gita

76. “Yoga takes you into the present moment. The only place where life exists.” — Unknown

77. “Yoga exists in the world because everything is linked.” — T. K. V. Desikachar

78. “Without proper breathing, the yoga postures are nothing more than calisthenics.” — Rachel Schaeffer

79. “Yoga is not about touching your toes. It is what you learn on the way down.” — Jigar Gor

81. “Yoga practice can make us more and more sensitive to subtler and subtler sensations in the body.” — Ravi Ravindra

82. “Yoga is not a religion. It is a science, science of well-being, science of youthfulness, science of integrating body, mind and soul.” — Amit Ray

83. “The perfection of yoga, therefore, does not terminate in voidness or impersonalism; on the contrary, the perfection of yoga is attained when one actually sees the Personality of Godhead in His eternal form.” — A.C. Bhaktivedanta Swami Prabhupada

84. “Yoga teaches us to cure what need not be endured and endure what cannot be cured.” — B.K.S Iyengar

85. “The most important pieces of equipment you need for doing yoga are your body and your mind.” — Rodney Yee

87. “The attitude of gratitude is the highest yoga.” — Yogi Bhajan

88. “Yoga is the dance of every cell with the music of every breath that creates inner serenity and harmony.” — Debasish Mridha

89. “Practicing yoga during the day is a matter of keeping your eyes on the road and one ear turned toward the infinite.” — Erich Schiffmann

90. “Yoga science is not just a scholarly pursuit. It is a moment by moment and thought by thoughts practical guide for living.” — Leonard Perlmutter

91. “This yoga should be practiced with firm determination and consistency, without any mental reservation or doubts.” — Bhagavad Gita

92. “Yoga teaches more than postures; it teaches you how to trust.” — Kathryn E.

Whether you want to improve your health or you want to achieve the best control in life, don’t hesitate to do yoga as soon as possible. And I hope these Yoga Inspirational Quotes could help a lot.