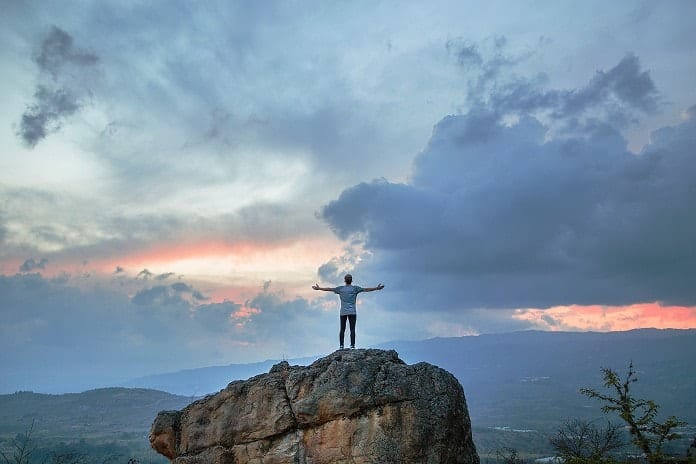 The world we live in today can be exceedingly demanding and greedy of our time and effort. We belong to a society where stress is so common that it has become a typical cause of most diseases and disorders.

It is no wonder that most of us are actively pursuing a solution that could finally end our stress and anxieties.

Almost any doctor would recommend their patients to take a short break and to avoid anything that causes them any stress.

But how can one run away from stress altogether when it can be found everywhere around us?

Luckily today, there is one solution that is readily accessible to anyone who needs it.

Meditation is society’s answer to banish stress and anxiety away. And thanks to the help of media, it is becoming more and more popular across the globe.

But just like anything that becomes viral, it is also vulnerable to backlash and negative feedback.

Despite the popularity of meditation, a number of people believe that meditating is in conflict with their religious beliefs.

With the rise of meditation, it has also created a lot of scandal within the Christian community.

But of course, not all Christians think this way. In fact, some of them actually embrace the practice of meditation and yoga.

In defense of those who meditate despite religious differences, this article introduces the true concept of Christian meditation – what it really is and what it isn’t.

Whether you are a religious Christian wondering if you can practice meditation or someone who is just interested in learning more about it, this article hopes to debunk all the myths people thought were true. So if you’re ready to do probe a little deeper, read on below.

What Is Christian Meditation?

Before we dive deeper into the topic, let us first take a look at what Christian meditation is.

For most people who actually practice Christian meditation, it is not very different from how other people would normally meditate.

The only big difference is that prayer is included in the practice. And so this is the reason why some may call Christian meditation as a “mental prayer”.

Believe it or not, this is the only major difference between Christian meditation and the usual type of meditation the media advertises.

Surely, the element of prayer adds a whole new dynamic to traditional forms of meditation, But at its core, it is still about connecting with your spirituality.

Although a person who practices Christian meditation may not always agree with the beliefs of a traditional practitioner, both parties can still take advantage of the benefits of meditation.

To further understand the conflict between Christian meditation and the more common way of meditating, let’s take a look at the more intricate details of the two. As you may already know, meditation has Eastern routes, particularly from ancient India or the birthplace of Hinduism.

When one performs yoga or recites a mantra while doing meditation, they are actually practicing rituals that were drawn from Hinduism.

However, this does not mean that they are religious practices at all. It is best viewed and identified as a spiritual practice.

Also because meditation is not limited to Hinduism alone. It is also practiced in other religions such as Buddhism as well.

There are many striking differences and conflicts between Christianity and Hinduism. And so it is no surprise that Christians would naturally look the other way when talking about meditation.

Let’s take a look at some of the reasons why meditation is considered a controversy for most Christian followers.

The Existence Of God

Christians believe in one powerful and omnipresent God. Meanwhile, those who practice meditation tend to believe that the divine lives in everything and everyone.

They also do not give this divine power any name but instead, they would refer to it as the Universe.

This is perhaps the number one conflict that is keeping Christians away from practicing meditation. Christians have a deep devotion to the one they identify as their one and only God.

On the other hand, believing that all is divine is also called pantheism – something Christians frown upon based on their belief system.

The act of meditation is not similar to praying. It isn’t a way of communicating with God but rather, it is a way for one’s energy to connect with the Universe.

Meanwhile, prayer involves communicating with an identified God on a personal level – almost like talking to a parent or to a friend.

Through prayer, one is able to speak their own thoughts, their worries or desires to God.

Perhaps it is the lack of acknowledgment to God that throws Christians off. Or maybe it is in the absence of the worship and prayer in meditation that doesn’t sit well with Christianity.

Either way, this two very different methods is also another cause of conflict.

As we’ve mentioned above, spiritualists do not identify with a certain character as God. They do believe that divine power exists but that it lives inside everything in the Universe.

They also believe that each person has a higher self; that divine power lives in each one of us. Which is why meditation is often focused on self-discovery and gaining more knowledge about the self.

However, this is the exact opposite of Christian beliefs.

Christians put their faith in the idea that only God has powerful and divine power. They also believe that we are only able to find ourselves if we seek God first.

Overall, this proves that the existence of God is still the number one conflict between Christianity and meditation.

You might be wondering how it is possible to mix two different concepts with another. As you’ve already read above, it seems that Christianity and the principles of traditional meditation don’t work well with each other.

So how did Christian meditation come to be?

The simple solution is to add the missing factors of common meditation practices which means adding the concept of God’s existence and prayer into practice.

If other religions are able to utilize meditation while still keeping their own religious beliefs, there must be some way on how Christians can also do the same. Keeping an open mind is key when trying to make things work.

If you continue reading down below, you’ll find out the step-by-step process of Christian meditation and the other options available for interested Christians.

Are Christians Allowed To Meditate?

But first, let us address the number one question in every Christian follower’s mind: “are Christians allowed to meditate?”.

There is no right or wrong answer to this question. After all, you are free to practice your religion according to how you see fit for yourself.

We believe that meditation is a practice that is free for anyone to use.

There are no rules that one must abide by in order to prove the right way of meditating. As long as it supports your spiritual goals, feel free to practice it as you like.

Now that there is an option for Christians to practice meditation, we would like to encourage everyone to give it a try. And if it still feels uncomfortable, there’s no need to wallow in guilt.

Your spiritual journey is a very personal one so continue to find what works for you. But if you ask us, there is perfectly nothing wrong about trying a new method of getting closer to our spiritual side.

A Beginner’s Guide to Christian Meditation

There are only three things you need in order to start Christian meditation. All you need is a bit of your time, a quiet area to meditate in and a Bible.

It is recommended to start your practice early in the day. Apart from the fact that this is the quietest time of the day, it is also a great way for you to begin another day of work.

Once you are ready, simply follow these step-by-step Christian meditation guide:

Step 1. Begin your practice by finding your special spot for meditation. Make sure that you feel comfortable in that area and that you are not in a place where distractions can easily find you. Sit down, stretch a little and release all the tensions in your body.

Step 2. As you are relaxing the body, take a few deep breaths and perform a short breathing exercise. Spend about 10 minutes calming yourself down as you sit next to your Bible.

Step 3. Say a short prayer to God, greet Him and put yourself in His presence.

Step 4. After your short prayer, proceed to read a daily reading. You may use your Bible or a smartphone application. Prayer guides of any sort of visual material for prayer are also good options to choose. Daily readings are great because they are often very brief and they do not take up too much of your time.

Step 5. After reading the passage, go back to the lines which struck you the most. Understand why this stands out to you the most and try to relate this to your own situation.

Step 6. Once you’ve collected the words which attracted you the most, it is time to decode the passage as a whole. What was the topic about? How is it relevant to you and what does that say about your faith? Feel free to ask questions and God will speak to you through your thoughts.

Step 7. Get to know God through the words of the passage and through the answers you’ve received from Him. Try to see if there’s anything new about Him that you’ve learned.

Step 8. If you find yourself drifting away in thought, pray. Ask God for some guidance to help you stay focused on your meditation practice.

Step 9. Once you are ready to end your session, say a little prayer once again. Express gratitude as you recall the findings you’ve received from the day’s reading. After you’ve said your prayers, feel free to remain seated. Relax a little before moving on to your day.

Step 10. As an extra step, you may also want to keep a journal to keep track of the things you did in your Christian meditation session. Journalling is also another form of meditation and it usually helps clear your mind at the end of the day.

For those of you who find meditation daunting and difficult or if you are a total beginner of Christian meditation, it might be a great idea to use a meditation guide first.

A Christian meditation guide usually comes in an audio format. This audio guide will provide you with instructions as you go along with your meditation practice.

However, if you feel like you are up for the challenge, feel free to use the step-by-step guide found above.

Christian meditation doesn’t really have a good reputation among some Christians but this shouldn’t keep you from discovering other methods of expressing your spirituality.

Some people have misconceptions about meditation but hopefully, after reading this article you will find that meditation can be enjoyed by anyone.